South Florida is a wonderland this time of year. With daily temperatures that hover around a sunny 80 degrees, consider renting that convertible, and head south from Miami. I never miss a winter escape down to the Florida Keys. My annual visit to this tropical paradise provides that attitude adjustment we all need.

Here are some of my favorite sights:

The Everglades are a National Park, and elevated bridges allow you to explore without harming the natural habitat.

The lighthouse overlooking Biscayne Bay is 95 feet high with extraordinary views of the coastline. Climb 109 steps to the top, or rent a canopied bike for shaded cycling along the Bay.

You will see some alligators when you visit the Anhinga Trail

The largest sub-tropical wilderness in the U.S. consists of more than 1 million acres of marshes and prairies. Here you can ride an airboat, pet an alligator, catch sight of rare anhinga birds, and walk among wild orchids and other sea plants. Take the Conch Train or stroll the elevated mile-long boardwalk over marshlands. 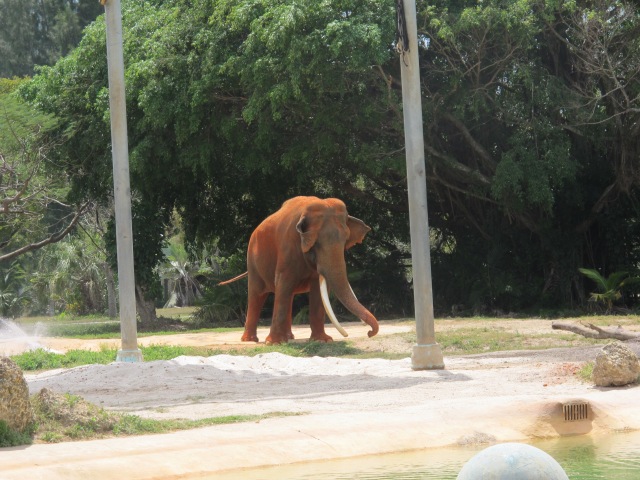 My favorite zoo is Miami MetroZoo because the animals live in habitats that resemble the wild.

You’ll feel like you’ve toured the African Savannah after seeing the wide abundance of animals living in environments very much like their native homeland. There are few cages here, just stretches of land where animals roam, many living together harmoniously. You can take the elevated tram above acres of park, watch animal shows, and feed the giraffes. This Zoo holds the interest of adults as well as children.

People watching was never so entertaining as it is in South Beach–a beachfront neighborhood with bars, hotels, restaurants and nightclubs. You’ll see surfers, models, motorcyclists, and an eclectic collection of characters. Try the Cuban restaurants for an authentic taste of South Florida. 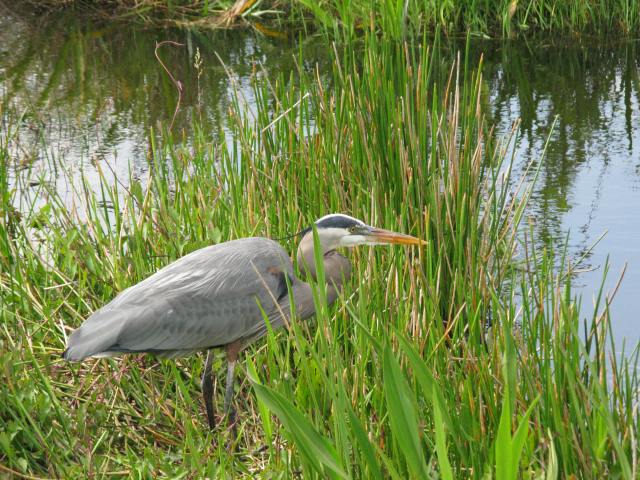 Agricultural industrialist James Deering built this Italianate mansion in 1916, living here during the winters until his death in 1925. Visitors can tour 34 decorated rooms with 15th–19th-century antiques and walk in the 10 acres of formal gardens. Vizcaya has hosted Pope John Paul II, Queen Elizabeth II of England, and the Summit of the Americas. (305) 250-9133 or http://www.vizcayamuseum.org

Vizcaya is a combination of European palace and funky art gallery 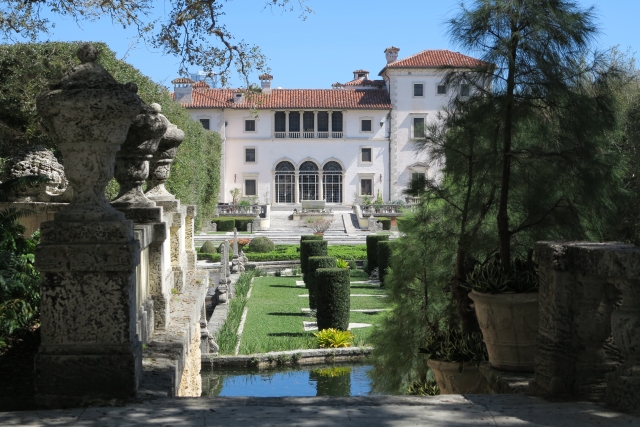 This unique outdoor destination features colorful street murals painted by artists from around the globe. The artsy Wynwood neighborhood is just minutes from Downtown Miami, near Midtown and the Miami Design District. Tour the thriving neighborhood that has blossomed thanks to becoming the must-see attraction Wynwood Walls. A collection of giant walls from six buildings, Wynwood Walls has since become a blank canvas for famed artists from across the globe. There are lots of shops, restaurants and live music venues here too.

In the heart of Miami is the neighborhood settled by Cuban ex-pats over the last 50 years and they’ve made it their own. Enjoy the sights, sounds and tastes of this high energy community that revels in authentic Cuban cuisine and local art.

The museum houses an extensive collection of train cars, including the “Ferdinand Magellan,” a Pullman railcar commissioned for use by President Franklin D. Roosevelt. (305) 253-0063 or http://gcrm.org

In the Florida Keys:

Key Largo is popular for snorkeling and scuba diving because the water is so clear and warm. There are lots of dive shops along Route 1.

The first Key (or island) that is one hour south of Miami is known for having the world’s second largest reef. Diving excursions feature exploration of John Pennekamp Coral Reef State Park, including seeing the famous Christ of the Abyss underwater statue. Bogie is back—so channel your inner movie star with a tour aboard the fully restored African Queen, the boat from Humphrey Bogart’s 1951 movie. Visitors will love stopping at the local produce stands for fresh citrus fruits. 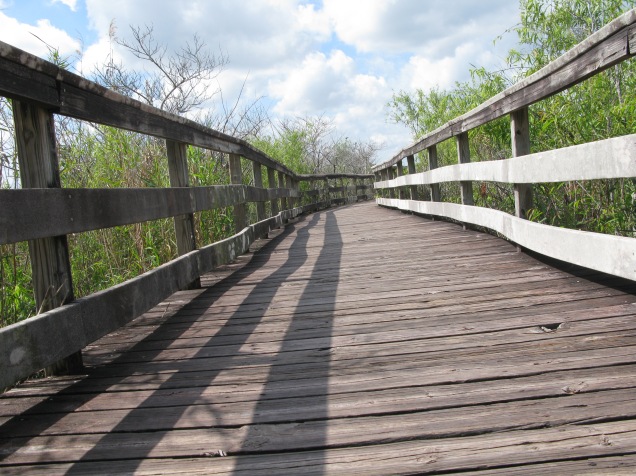 Known for chartered fishing expeditions, you can benefit by dining on fresh-caught snapper at one of the many dockside restaurants with panoramic views of the Atlantic or Gulf of Mexico. Sway to the beat of steel drum music, or shop for fishing gear, beachy clothing and other island treasures at the Rain Barrel Artisan Market.

Stop by this windswept beach for a hike over oat-covered dunes and isolated shoreline. Swim and snorkel with colorful tropical fish. After a beach picnic, go explore the ruined Flagler Railroad Bridge, abandoned after a hurricane in 1935 destroyed it.

During his 1832 visit to the Florida Keys and Dry Tortugas, famed ornithologist John James Audubon lived in the house, walked its gardens, and produced 18 new drawings for his “Birds of America” folio. Visitors can wander the same pathways he did, as well as view the collection of 19th-century European antiques and 28 first-edition Audubon works. (305) 294-2116 or http://www.audubonhouse.com

Ernest Hemingway finished the final draft of A Farewell to Arms and composed The Snows of Kilimanjaro and The Short Happy Life of Francis Macomber during his eight-year stay in this Key West house. Visitors can tour his writing studio and the grounds. (305) 294-1136 or http://www.hemingwayhome.com 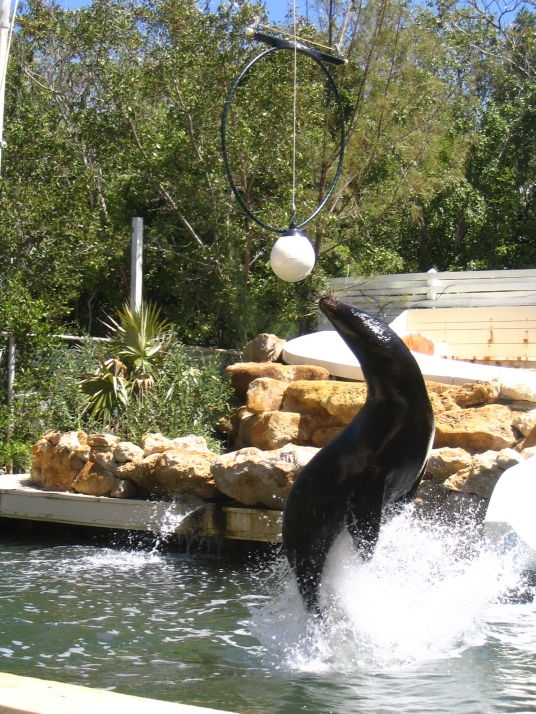 If you’re near Islamorada, check out Theatre of the Sea for the dolphin and seal shows

This remote, Civil War-era island fort is a National Park site. It once held prisoner Samuel A. Mudd, the doctor who provided medical treatment for Abraham Lincoln’s assassin, John Wilkes Booth. Visitors can tour the fort, scuba dive, snorkel, and learn about the many shipwrecks in the surrounding area, including the 1622 wreck of vessels in a Spanish treasure fleet. The fort is on the Dry Tortugas, to the west of Key West. (888) 382-7846 or http://www.nps.gov/drto/index.htm

Between 1946 and 1952, President Truman spent his winters at the Little White House, which has now become a museum with exhibits ranging from a look at the 1948 election to the state of the world at the close of the 1940s. (305) 294-9911 or http://www.trumanlittlewhitehouse.com